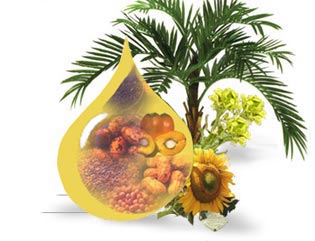 Palm oil is your every day vegetable oil for better health

It's packed with nutrients that contribute to your daily energy needs.

Studies have found that tocopherols and tocotrienols, which are isomers of vitamin E found in palm oil, are antioxidants and may be associated with more favorable cholesterol profiles, and lower risk of heart disease and some types of cancer 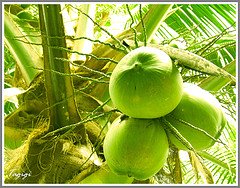 Nutrition Reviews printed a review of findings about palm oil.

Palm oil does not act like a saturated fat

On the contrary, animal studies showed that palm oil acts more like an unsaturated fat

Both of these fatty acids are effective in lowering plasma cholesterol

A fraction of palm oil is very rich in vitamin E, and also contains large amounts of carotenoids

Both are beneficial in maintaining membrane fluidity and function.

In fact, because of its carotene and vitamin E content, palm oil reduces blood clotting that can lead to stroke.

The newer findings showed that palm oil had beneficial effects on blood lipids, and reduced cardiovascular risks, thrombosis, and atherosclerosis.

Later, it was found that palm oil is the richest known source of natural carotenoids.

By 1993, a natural carotene complex product was extracted from palm oil..

Many domestic oils are predominantly polyunsaturated, which makes them quite unstable, and subject to oxidation

To stabilize them, they need to be hydrogenated

A major portion of soybean oil, for example, is hydrogenated

In May 1994, Drs. Walter Willet and Albert Asherio, members of the Harvard University Department of Nutrition and Epidemiology, reviewed the growing science on trans fatty acids and heart disease, and concluded:

Although the percentage of coronary heart disease deaths in the United States attributable to intake of trans fatty acids is uncertain, even the lower estimates from the effects on blood lipids would suggest that more than 30,000 deaths per year may be due to consumption of partially hydrogenated vegetable fat. Furthermore, the number of attributable cases of nonfatal coronary heart disease will be even larger

In contrast to those oils that require hydrogenation, palm fruit oil is a stable, versatile and healthy alternative in food processing

Consumers in North America, reluctantly had abandoned their use of oil palm for other vegetable oil in the late 1980s, because of scare tactics waged by competing companies and misguided individuals