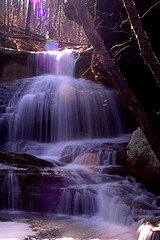 According to an Associated Press: investigation found water pollution the federal government has consistently overlooked

Hundreds of active pharmaceutical ingredients are used in a variety of manufacturing, including drug making:

For example, lithium is used to make ceramics and treat bipolar disorder; nitroglycerin is a heart drug and also used in explosives; copper shows up in everything from pipes to contraceptives.

Federal and industry officials say they don't know the extent to which pharmaceuticals are released by U.S. manufacturers because no one tracks them — as drugs ...!

But a close analysis of 20 years of federal records found that, in fact, the government unintentionally keeps data on a few, allowing a glimpse of the pharmaceuticals coming from factories.

As part of its ongoing Pharma Water investigation about trace concentrations of pharmaceuticals in drinking water, AP identified 22 compounds that show up on two lists:

The EPA monitors them as industrial chemicals that are released into rivers, lakes and other bodies of water under federal pollution laws, while the Food and Drug Administration classifies them as active pharmaceutical ingredients

The data don't show precisely how much of the 271 million pounds comes from drug makers versus other manufacturers; also, the figure is a massive under count because of the limited federal government tracking.

To date, drug makers have dismissed the suggestion that their manufacturing contributes significantly to what's being found in water

But some researchers say the lack of required testing amounts to a 'don't ask, don't tell' policy about whether drug makers are contributing to water pollution.

"It doesn't pass the straight-face test to say pharmaceutical manufacturers are not emitting any of the compounds they're creating," said Kyla Bennett, who spent 10 years as an EPA enforcement officer before becoming an ecologist and environmental attorney

Pilot studies in the U.S. and abroad are now confirming those doubts of water pollution 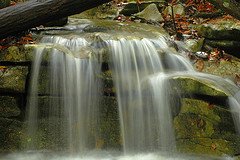 Last year, the AP reported that trace amounts of a wide range of pharmaceuticals — including antibiotics, anti-convulsants, mood stabilizers and sex hormones — have been found in American drinking water supplies.

Including recent findings in Dallas, Cleveland and Maryland's Prince George's and Montgomery counties, pharmaceuticals have been detected in the drinking water of at least 51 million Americans

Most cities and water providers still do not test.

Some scientists say that wherever researchers look, they will find pharma-tainted water.

Consumers are considered the biggest contributors to the contamination.

We consume drugs, then excrete what our bodies don't absorb

Other times, we flush unused drugs down toilets

Researchers have found that even extremely diluted concentrations of drugs harm fish, frogs and other aquatic species.

Also, researchers report that human cells fail to grow normally in the laboratory when exposed to trace concentrations of certain drugs

Some scientists say they are increasingly concerned that the consumption of combination of many drugs, even in small amounts, could harm humans over decades

Utilities say the water is safe from water pollution

Scientists, doctors and the EPA say there are no confirmed human risks associated with consuming minute concentrations of drugs

But those experts also agree that dangers cannot be ruled out, especially given the emerging research.

Two common industrial chemicals that are also pharmaceuticals — the antiseptics phenol and hydrogen peroxide — account for 92 percent of the 271 million pounds identified as coming from drug makers and other manufacturers.

However, the list of 22 includes other troubling releases of chemicals that can be used to make drugs and other products:

• 3 million pounds of nicotine compounds that can be used in quit-smoking patches,

• 10,000 pounds of the antibiotic tetracycline hydrochloride 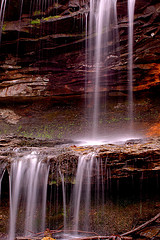 Water pollution include treatments for head lice and worms