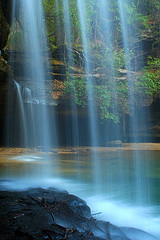 Benzene (C6H6) is one of the 20 most widely used chemicals in the United States.

It is used mainly as a solvent (a substance that can dissolve or extract other substances) and as a starting material in making other chemicals.

Benzene is a colorless, flammable liquid with a sweet odor. It evaporates quickly when exposed to air

Benzene is formed from natural processes, such as volcanoes and forest fires, but most exposure to benzene results from human activities.

Where Benzene in groundwater comes from Benzene is commonly found in crude oil, gasoline, and cigarette smoke

Recent reports strongly suggest that very high amounts of benzene are being found in groundwater across the US due to hydraulic fracturing or “fracking” processes being used widely in the US to extract natural gas and oil from shale formations.

Unfortunately, a Federal law nicknamed “The Halliburton Loophole” allows fracking companies to conceal which chemicals they are using for fracking operations and that leaves at-risk populations in affected areas without protection under the Safe Drinking Water Act

Water polution with Benzene Contamination expected to get much worse

Fracking has increased natural gas production in the US to levels not seen since the 1970’s, and companies involved in the practice are expanding its use at a record pace

Two recent fracking accidents, one in Pennsylvania and one in Louisiana discharged massive amounts of fracking fluids that tested positive for benzene into the environment.

In Colorado, An emergency room nurse in Durango nearly died when she came in contact with a fracking fluid while treating a drill rig worker

The list above should be considered at best a partial list; the “Halliburton Loophole” makes it extremely difficult to track the spread of groundwater contamination caused by fracking.

How Benzene water pollution will kill you

If benzene and other fracking chemicals enter your water supply in high enough concentrations, you could die before being able to get to a hospital.

Benzene is an irritant, if you experience eye, nose or throat irritation after coming in contact with suspect water; you need to seek medical help immediately

Benzene is a potent carcinogen, long term exposure to it will cause a variety of cancers such as acute lymphocytic leukemia in children, as well as chronic lymphocytic leukemia, and other blood-related cancers, such as multiple myeloma and non-Hodgkin lymphoma, in adults

Pregnant women face a severe risk of causing their babies to be born with congenital heart defects if they are exposed to benzene even in small amounts!

Benzene (C6H6) is extremely hazardous, and can result in death

It is used mainly as a solvent (a substance that can dissolve or extract other substances), and as a starting material in making other chemicals

Benzene is a colorless, flammable liquid with a sweet odor

Benzene is formed from natural processes, such as volcanoes and forest fires

Most exposure to benzene results from human activities

Better watch out for benzene water polution, it is dangerous !